Free delivery on orders over £35.

I never really thought too much about Labour before I wanted to have a baby, I never allowed myself to watch programmes like one born every minute, as I knew I’d instantly be anxious and scared as hell of the pain.

My pregnancy wasn’t too bad, I got the nausea in the beginning- which was what I was scared about most- My phobia of feeling or being sick made me more anxious about getting pregnant than anything else, but I coped and by the second trimester I was feeling good, enjoying food again and just taking in the whole experience openly and happily.

At this point in the pregnancy, I had it in my head that I would just go to the hospital during labour but I am fairly laid back and had no other real preferences, ‘what will be will be’ kind of attitude. A couple of my friends had mentioned ‘Hypnobirthing’ and yes like most others was kind of thinking, ‘being hypnotized during birth, no thanks not for me!’, but from recommendation I decided to buy a book and see if it would help in anyway.

By the third trimester and after reading a book called Practical ways to Make your birth better, I know felt confident enough to decide I wanted to give birth at home. 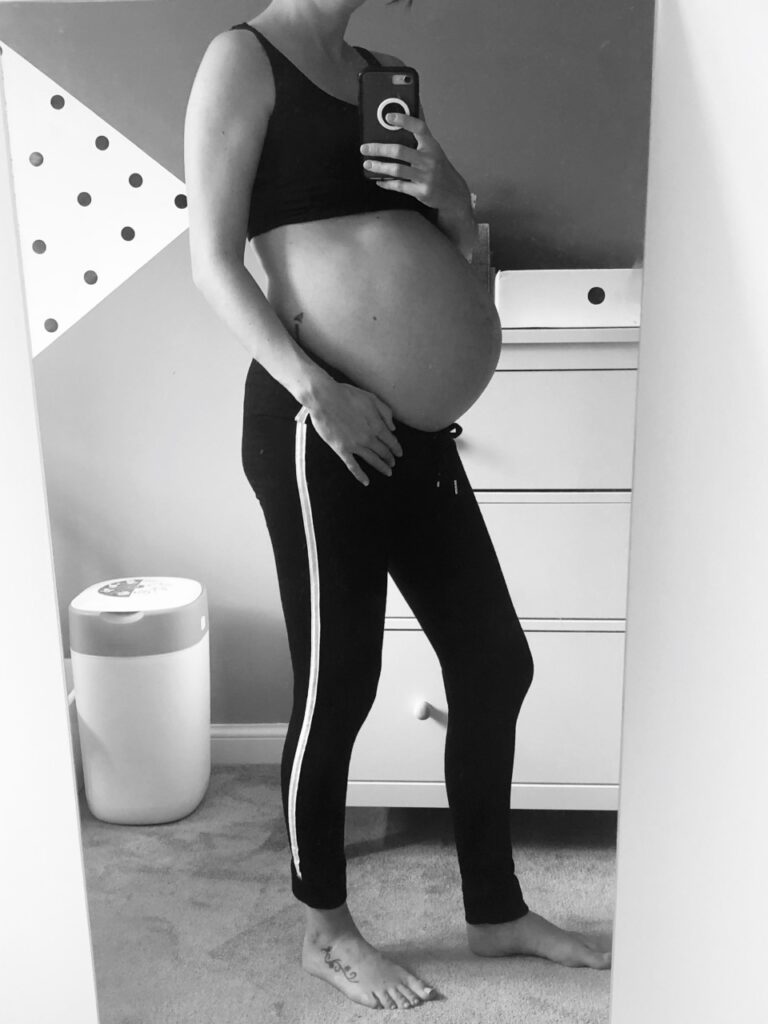 Choosing to birth at home means preparing in every way possible to make it the best experience.

I borrowed a birthing pool, and made sure I had everything that, Me, Pete and the midwives would need should this go ahead, even planning for my parents to take the dog for a couple of days and packing a just in case hospital bag.

I was still laid back about what my ‘birth preferences’ would be. I didn’t make a plan because plans don’t work, so I used little icons to show things I may or may not need during labour. These would include, not wanting to be examined, Pete telling me the sex of the baby when it came out, optimal chord clamping, natural birth etc.

My estimated due date was the 23rd October and as it crept up suddenly so quickly I was starting to feel very apprehensive and a little anxious but looking back now I think you also just get excited about finally meeting the baby you’ve been growing for 9 months and that excitement outweighs the anxious moments.

I got to 40 weeks and 3 days. The evening of the 22nd October, I didn’t feel any different to other days, ate my evening meal, but whereas I usually make myself go to bed fairly early, this night I stayed up a bit later, So waking up at 1:15am in morning with back pain was a bit of a shock to the system. This back pain didn’t make me think I was in labour but that I really needed the toilet and so I waddled to the bathroom and sat on the toilet.

I decided to get into the spare bed as thought if this was labour I could maybe sleep through the initial pain for a bit longer and didn’t want to alarm Pete just yet, but the pain was fairly bad at the very bottom of my back and in my bum. I decided to stir Pete and nudged him to wake up- he rolled over and ignored me (I now find this hilarious!) the second nudge he jumped up and immediately ran me a warm bath.

I found the bath really uncomfortable and looking back now I think because all the pain was right at the very bottom of my back meant the natural positions to try labouring in were just too much to bare and all I could do was lay on my back.

Come 9am Wednesday morning, my surges were getting stronger but were quite erratic, I’d been hypnobirthing all night, solely using breathing techniques and trying to relax as much as possible in my own bed. By this time, a water birth in my living room was definitely out of the question as I could barely move and all I wanted to do was concentrate on relieving the pain as naturally as possible.

Pete rang the midwife twice that morning and the second time I was begging for her to get to the house and give me some help and reassurance. Upon arrival of the midwives, I was really feeling the pain now and the struggle was getting harder to move from laying on my back. I was told to try and go to the toilet also as hadn’t been since 1am and ultimately a full bladder can stop the baby’s head moving but also the baby’s head can stop the bladder emptying, so this was now an added struggle and concern.

The pain was starting to ramp up and I still hadn’t touched the gas and air which is the only form of pain relief you can have in a home birth situation. My fear of feeling sick is far greater then how I deal with pain and I knew that if I felt sick from the gas and air, I would instantly get anxious and only concentrate on that feeling. I chose to use breathing techniques from hypnobirthing and an app which helped count alongside the breathing which really helped. By this time the pain had also really tired me out so I’m between surges I just kept my eyes closed and rested.

My partner Pete didn’t leave my side unless I demanded cold flannels or jelly babies for a sugar hit. I remember he needed the toilet himself and so I then had to reach and grab the midwife’s hand to squeeze when I felt a surge coming on, in all honesty when it got to 1pm and then advised going to hospital as the baby’s head just wasn’t moving down, I felt a sense of relief and knew I needed to get this baby out now!!

After waiting for what felt like forever for an ambulance, all I vividly remember is sitting up in the edge of the bed and having a painful surge whilst the midwife held my hand and wrapped a dressing gown around me, then making the decent down the stairs and the moment I reached the ambulance door the next surge coming on, resulting in me moaning in pain in the middle of my street at half 2 in the afternoon!

Upon arriving at hospital, I was rushed into the delivery room and the baby’s heartbeat was monitored. I was definitely starting to push and although the next hour or so was a bit of a blur from being so utterly exhausted, I remember eventually giving in to being examined internally and the amazing midwife explaining the baby was in fact back to back and so I may either need forceps or to be cut open as the baby’s head was just not moving down.

I agreed (as by this time I was over exhausted and not even sure where my energy was coming from) to having an episiotomy, I was numbed with an injection although I didn’t even feel that or the cut to then suddenly feeling that awful “burning ring of fire” that people had told me about and a few pushes later the head was out.

They asked me to touch the baby’s full head of hair – which I was extremely happy about but refused to move and just wanted the pain to end now. One more push and it was the feeling of relief as a body came out! The best feeling in the world haha!

The baby was held up and Pete told me it was a girl … the feeling was that of wow I’m tired and oh my god I wasn’t expecting a girl!!!

We knew she was Millie, and those first few hours together were ones I will never forget.

After what was the most blissful ( yet very sore) 12 hours on the maternity ward, we were heading home with our new tiny human  Time to start our new life with some pretty tiring changes and challenges ahead … 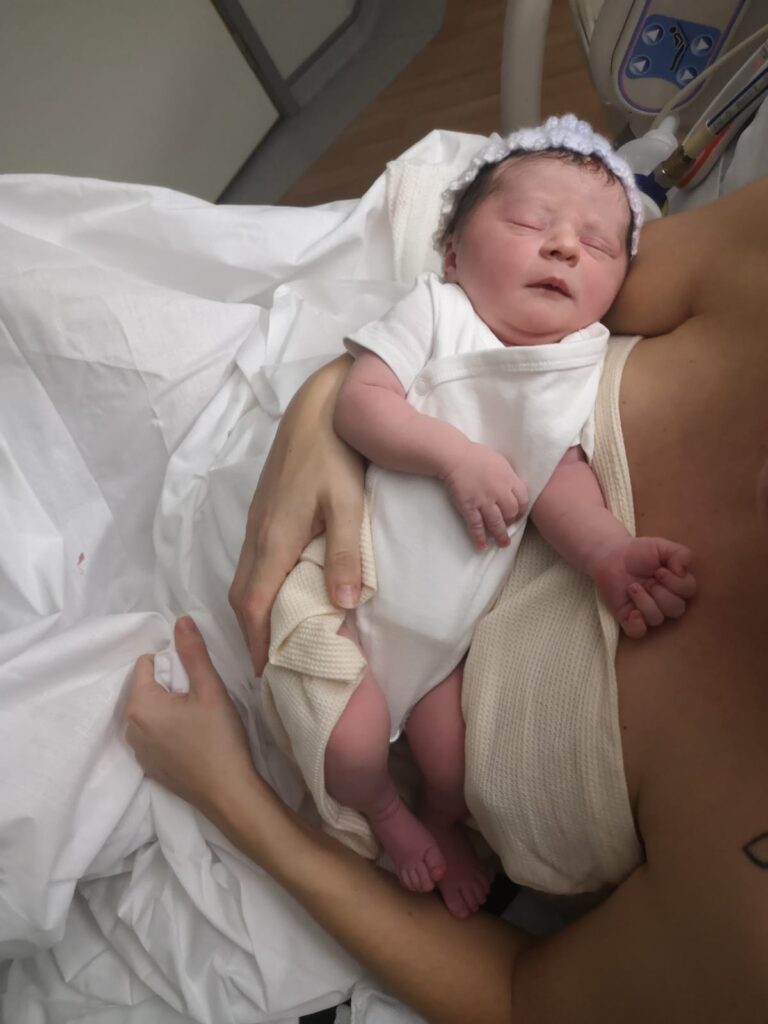 In the time after leaving the hospital it really caught up on me what my body had been through. This was inevitably the ‘fourth trimester’

More than anything I was having to deal with the after effects of the episiotomy, It meant I couldn’t just get up to pick up my baby from her Moses basket, I couldn’t sleep next to her in bed and so she’d be passed over to me and then I would pass her back for a nappy change.

A week post birth and the pain wasn’t subsiding, so I told my midwife and she agreed that the stitches were taking a long time to heal and so it may be worth getting seeing an out of hours doctor to get some antibiotics.

My emotional outbursts that I’d had in the first week did eventually subside, but I had moments where I felt useless and that although my partner Pete was helping in every way possible, I resented him for being able to lift Millie and hold her so easily and often, I felt I was missing out on bonding and all I was being used for was feeding. 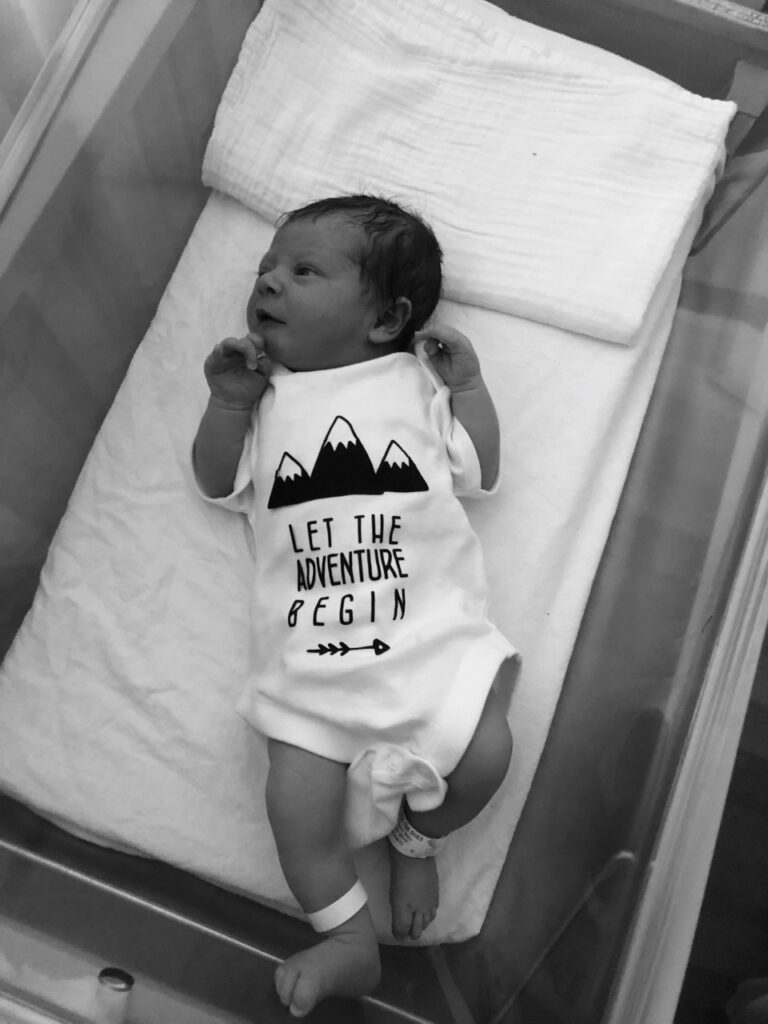 The realisation after all of this was that although I’d been told about most aspects of pregnancy and then endured what I consider to be a positive childbirth, but not one person had told me of just how hard that ‘fourth trimester’ really can be.

My note to new mums to would be to go into labour open minded, doxn’t plan just have preferences to things you may have control over.

Some people would consider my birth story, painful, long, unplanned, and even scary but to me I gave birth to a beautiful baby and am proud knowing that my body allowed me to do so no matter what I went through to get there! 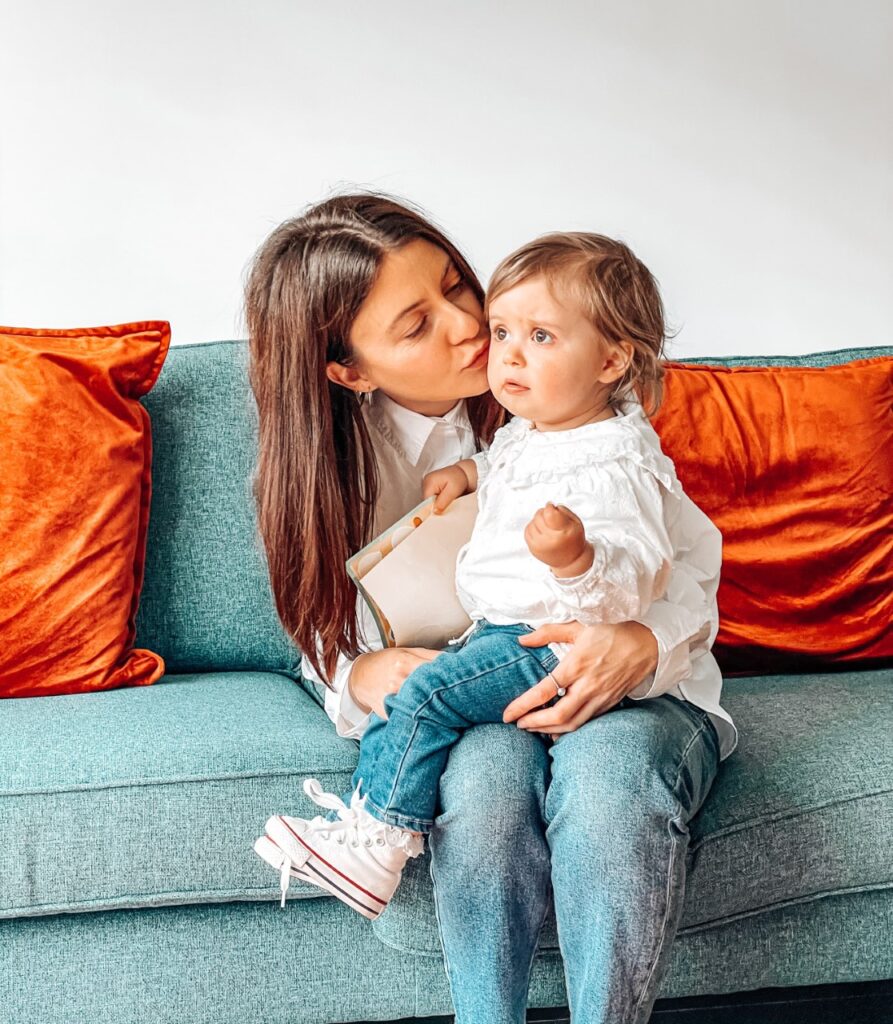 A beautiful, well written blog by Hayley Millington. Hayley is a guest blogger for other websites also. Head over to Hayley’s social media account for more great articles. 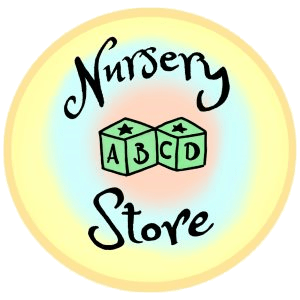